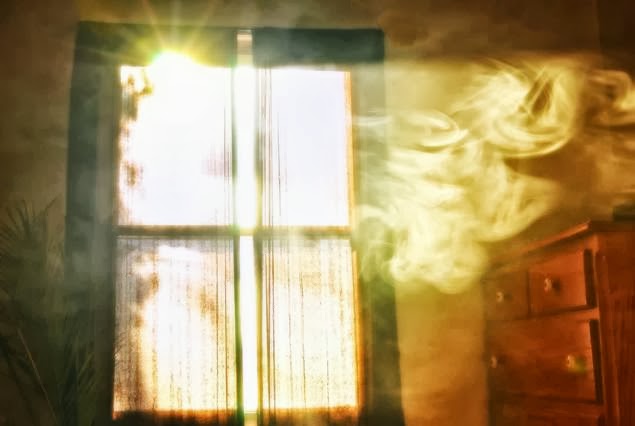 Last week I had my two chimneys lined as they were not drawing very well and some smoke was leaking into the upstairs room via the old chimney breast.

The house originally had three additional fires, one in the kitchen (removed when the extension was added) and two in the upstairs bedrooms. The upstairs ones have been blocked off. One bedroom has had its fireplace removed completely and the wall re-plastered, the one in the front bedroom is still open and is ‘sealed’ using a chimney balloon. This background is important for what happened next.

I booked in a specialist company to install the chimney lining. I was sure to pick the stronger liner with the 25 year guarantee (904) rather than the 10 year one (316) . Why would you want to save a couple of pounds on a radically inferior product? So note, the 10 year guarantee chimney liner is the industry standard!! So remember to ask for a 904 liner and get something that will last 2.5 times longer, otherwise you might be getting it all done again before you know it.

The liners were fixed to both downstairs wood burners and signed off with their HETAS certificates. Job was a good one.

With great expectation we lit the fire for the first time this week as it was a little colder outside, but mostly because of the fun of having a new chimney liner. It was with horror then that the house started to fill up to smoke. Arrgghhh.

I quickly traced the source to the upstairs front bedroom. All the doors / windows in the house were quickly opened fully. Boy did it smell! So called the installers, they suggested that it might be a ‘cold chimney’ where there was a thermal block and the smoke was backing up in the liner. Get it really hot and it should work again I was told. So I stoked up the fire and kept fingers crossed. It did slowly get better.

So a few days later, it was time to try again to see if the problem was still there. Sure enough it was, but this time there was much less smoke, but it was still originating from front bedroom. Back on the phone to the installer and they booked to come down in a couple of days time. That day was today and they took out the liner to see if there was a split in it. All fine. All connections tested again, all fine.

So the diagnosis? Well the only explanation was:

The new liner is touching the inner walls of the chimney and this was burning off the remnants of the tar / ash etc of the upstairs chimney and this was then creating all the acrid smoke that was then being forced down the blocked chimney and into the room. All makes sense, so they kindly swept the chimney to remove the excess tar etc and then we blocked the upstairs chimney flue from the bottom using glass fibre insulation. Any tar being burned off should therefore not have enough oxygen to burn and also any smoke should be stopped from entering the room by the compacted insulation. Once the tar in the immediate area of the new flue has been ‘burned off’ the problem should be over.

So a bit of an adventure, but having had a roaring fire in the stove this afternoon (despite it being nice and warm in Cardiff) I hope that the problem is over for at least 25 years!

So the advice is to think about what any lining might do the internal surface of the chimney and also to remember to ask for a 904 rather than a 316 liner.