When doing my holiday work, one of the objectives was to remove the micro-cracks in the cement render on the house. These hairline cracks are terrible for letting rainwater in and then trapping it in the structure. Hairline cracks are really important to remove, especially on walls facing the prevailing winds (as the wind drives the water into the cracks) and also where any excess water is running down the face of the wall.

Oddly enough large cracks are less troublesome most of the time as any water can also evaporate off as well as seep in, however with the hairline cracks the evaporation is effectively eliminated.

Given that I wasn’t prepared to remove all the 1970’s applied cement render I merely wished to remove the cracks by widening them and then re-rendering using a breathable render. So I cut away the existing render using a disc cutter, then hacked off the render either using a bolster or the breaker that I had hired.

Of course what I exposed was more problematic than originally thought. The cracks were being caused by two factors. Firstly I found that the roof lead was channeling some rain water behind the guttering and into the wall, so I repaired this. Secondly, the wall underneath was not tied in very well (it was an extension at some time) and that past work had used a galvanised mesh to tie the render together. The mesh had of course rusted and hence helped to cause the crack. 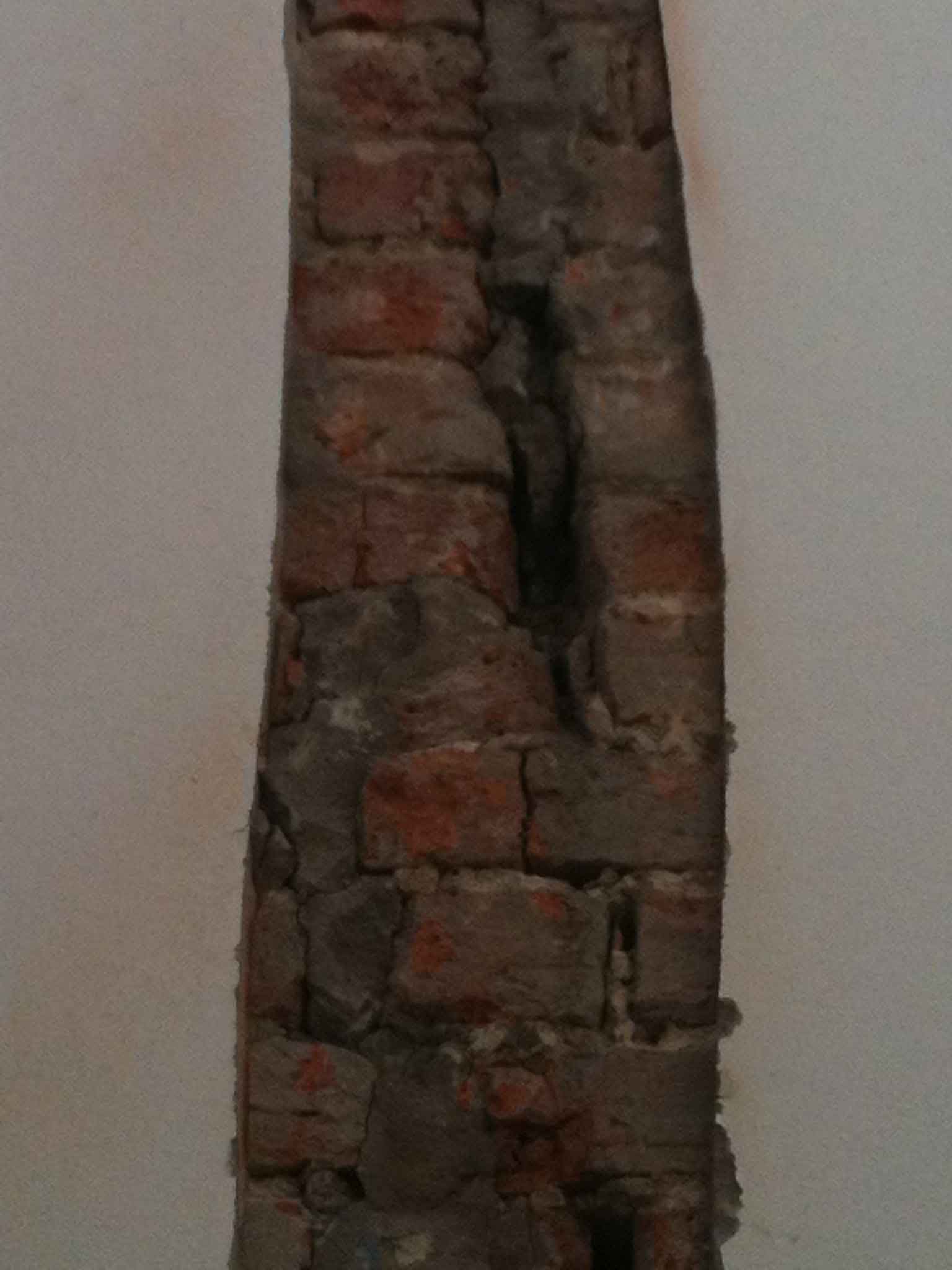 I used a mix of hydraulic lime, sand and a splash of cement to do the repairs and to fix in the lime resistant mesh. The following day I mixed up the amazing Insoplast Insulating Plaster to render the repair. This will be treated with a breathable silicate primer and paint at the weekend.

The reason for using the Insoplast was not driven by primarily by its insulating properties (although these are a real bonus), but due to the fact that it doesn’t require a wet substrate. It is put directly onto a ‘dry’ surface. This meant that I didn’t have to introduce any moisture into the wall. 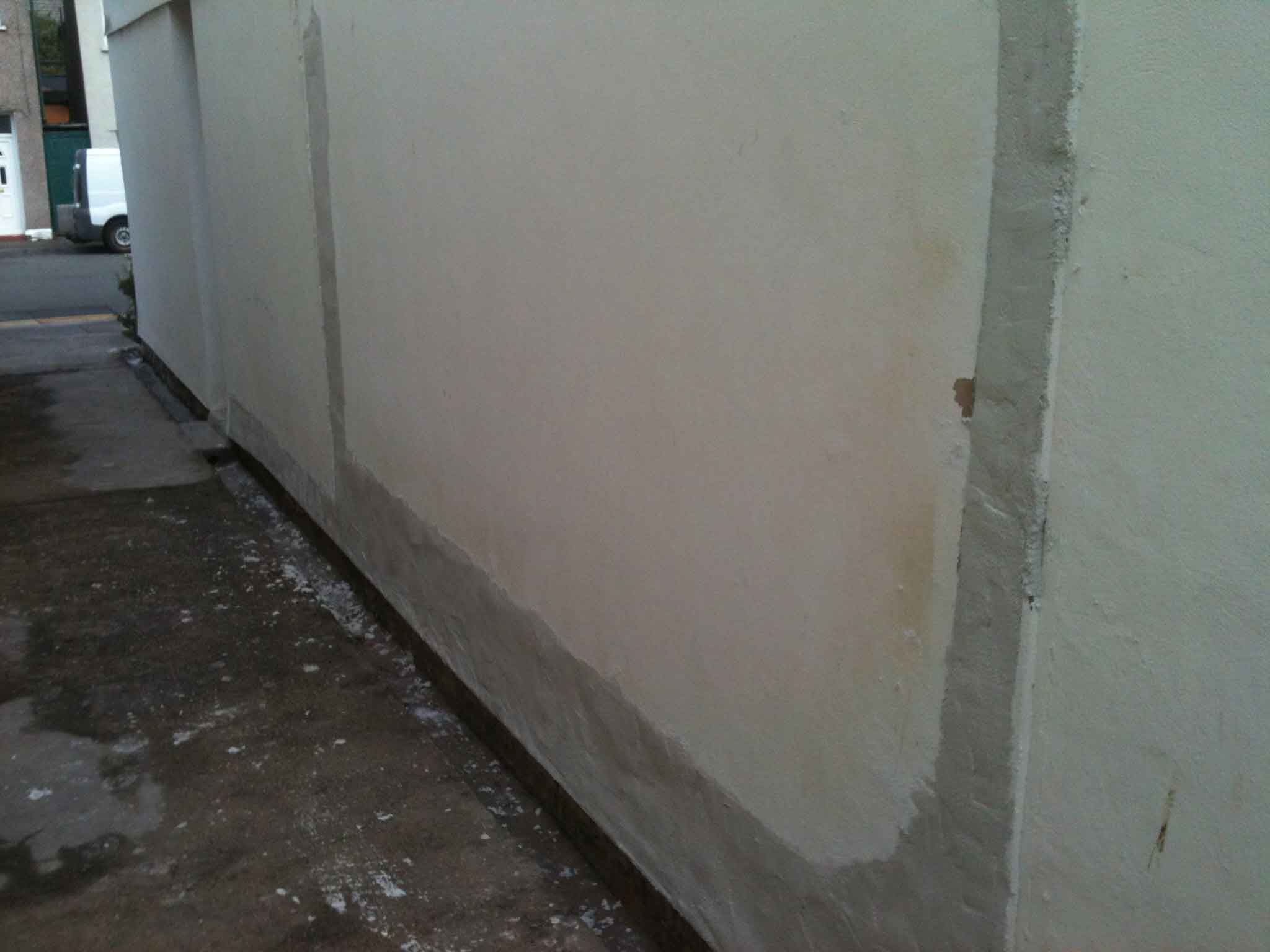 You can see from the above that I did two cracks in the wall. I also ended up doing the lower level of the wall. This was because I found that the lower render was very loose, and although not blown in the classic sense, it certainly had lost any real effectiveness. I again used the Insoplast plaster here and a stainless steel drip bead. Galvanised drips will slowly rust and blow the plaster, so even though the stainless was more expensive, it will save money in the long term.

Fingers crossed this work will help to keep the wall dry, a little bit warmer along its base and be flexible enough to stop any more cracks occuring.